Bipolar disorder is a mental health disorder that affects roughly six million Americans—or 3% of our population. Also known as manic-depressive disorder or manic depression, the condition is characterized by dramatic shifts in mood and energy, swinging from low/depressive episodes to high/manic ones—cycling episodes that for many bipolar sufferers are so debilitating they interfere with work and other activities. In an effort to destigmatize mental illness and raise public awareness and understanding, many news stories in recent years have tackled the topic of bipolar disorder. In fact, there are several bipolar celebrities who have discussed or sung about the condition, including a few popular musicians and singers who have been thrilling fans at concerts and Indie music festivals this year.

Musicians Who Fearlessly Tackle Topics of Bipolar or Depression

“Help me polarize, help me polarize,” pleads Tyler Joseph in the song “Polarize.” Is the singer-songwriter of the Grammy Award-winning musical duo Twenty One Pilots singing about bipolar disorder? Joseph and bandmate Josh Dun have both publicly discussed their struggles with anxiety and depression. Though they haven’t cited bipolar disorder by name, many of their most popular tunes — including the Billboard 100 hits “Stressed Out” and “Heathens” (for the film “Suicide Squad”) — feature lyrics that have led many fans to wonder if bipolar disorder is an underlying issue.     Halsey, an indie-pop singer-songwriter known for hit songs such as “Ghost,” “Trouble,” “Gasoline,” and “Not Afraid Anymore” (for the film “Fifty Shades Darker”) often discusses her struggles with bipolar disorder in media interviews. Like Twenty One Pilots, with whom she is friendly, Halsey’s music expresses dark thoughts and feelings of sadness. In a 2015 interview with Nylon magazine, Halsey opened up about how her bipolar disorder diagnosis at age 17 impacted her. “You wonder things like, ‘Am I ever going to be able to be a mom?’ … Knowing that I couldn’t do something because of this, even though it wasn’t directly crippling me, was horrifying.” Halsey has said that she is not her disorder and that through her music she hopes to be honest with fans and, for those who also may suffer from the disorder, to lead them out of the darkness. 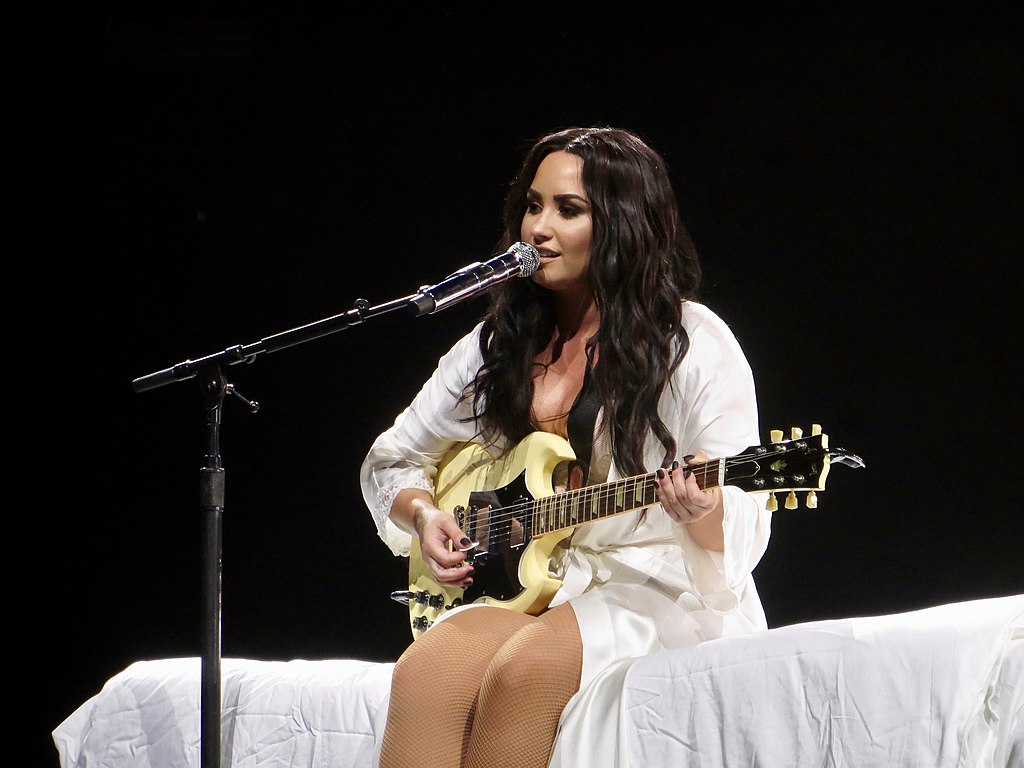 During a highly publicized trip to rehab, singer Demi Lovato discovered that she has bipolar disorder. Though she had battled depression from a young age, which escalated into an eating disorder and self-harming, Lovato has said that she wasn’t aware that bipolar was the underlying cause of these issues until she received clinical treatment in rehab. Thanks to proper treatment and therapy, she now works to “… make the highs as amazing as possible, and … control how low the lows go.” You can make the highs as amazing as possible, and you can control how low the lows go.” Lovato is not the only famous singer who suffered through years of depression before getting a diagnosis of bipolar. Irish singer Sinead O’Connor, who achieved worldwide fame with her unique rebel-girl interpretation of Prince’s song “Nothing Compares 2 U,” had a similar experience. “Every pore of you is crying and you don’t even understand why,” O’Connor has said of her experience before finding treatment. Singing sensation Lady Gaga, who recently performed for throngs of music fans at the Coachella Music Festival in Indio, California, has publicly discussed her issues with depression and anxiety, for which she takes medication. Miley Cyrus, another mega pop star, has spoken about her bouts of deep depression, saying that there is nothing worse than having all eyes on you and having to be “fake happy.” Alternative Rock Singers: Poster Children for Depression and Bipolar? Singers from a genre sometimes referred to as “pop-punk,” “alternative rock,” or even “emo” for covering emotional topics, could probably be credited with helping to bring issues like depression and other mental illnesses into the mainstream. Pop-punk singer Gerard Way, the former frontman for the band My Chemical Romance who later went solo, has made a career of singing about depression and addiction. Through several songs on MCR’s “The Black Parade” album, Way articulated his experiences with being “super depressed.” Another so-called emo musician who has tackled the topics of depression, anxiety, and bipolar disorder is Pete Wentz, the songwriter and bass player for Fall Out Boy. Wentz suffers from bipolar disorder, and wrote the song “7 Minutes in Heaven (Ativan Halen)” about his related depression and attempted suicide. “There should be no shame in talking about the topic,” Wentz has said. Even when the song is about someone else, it can help convey the challenges a person who has depression must grapple with. “Adam’s Song,” sung by lead singer Mark Hoppus of the alt-rock band Blink-182 is said to be about their friend Adam, who suffered from depression and committed suicide a few years back. Australian alt-pop singer Sia, who typically appears onstage with her face hidden behind elaborate wigs, masks or face paint, has revealed that she suffers from bipolar II disorder that she believes was brought on by smoking too much marijuana when she was young before her brain was “fully formed.” She also has been forthcoming about her depression and addiction, as well as mental illness in her family. Rising through the ranks of the emo/indie-rock genre is solo musician Mitski, who often performs songs that touch on her battles with depression and anxiety. Songs like “Class of 2013” and “Last Words of a Shooting Star” convey the angst of growing up, leaving home and falling into a deep depression. Regardless of the genre, these singers, songwriters, and musicians have raised awareness of the very real pain that people with depression and bipolar disorder suffer with. They have helped improve our understanding of mental illness, removing some of the stigmas around it. Their songs speak of darkness, but also of hope, and that maybe the appeal for the legions of fans who follow them. The popularity of many depressive or bipolar celebrities and their music may be due, in part, to a shared experience between artist and audience.   Sources http://www.nylon.com/articles/halsey-opens-up-about-being-bipolar http://www.everydayhealth.com/bipolar-disorder-pictures/famous-people-with-bipolar-disorder.aspx http://www.fuse.tv/2015/10/celebs-mental-health https://www.nimh.nih.gov/health/statistics/prevalence/bipolar-disorder-among-adults.shtml https://www.nimh.nih.gov/health/publications/bipolar-disorder/index.shtml http://www.nami.org/Learn-More/Mental-Health-By-the-Numbers https://www.samhsa.gov/treatment/mental-disorders/bipolar-disorders http://depression.wikia.com/wiki/List_of_songs_about_mental_illness