Glance at the magazines in any supermarket checkout line, and it can sometimes seem as though every celebrity is struggling with drugs or alcohol. In reality, addiction is just as likely to touch the lives of the ordinary as it is the famous. The only difference is the famous are sure to have a global audience for their trouble. This spotlight can complicate healing, but for those who make it out the other side it can become a powerful tool — a way to draw attention to the message that recovery is possible. Here are 11 celebrities who have lived to share hard lessons and hope, and some of what they say. 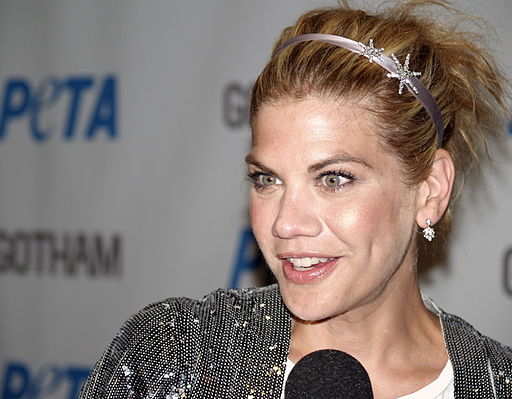 By David Shankbone (David Shankbone) [CC BY 3.0], via Wikimedia Commons The actress’ career accelerated with her role in “3rd Rock From the Sun,” and her addiction to alcohol and prescription painkillers accelerated with it. It peaked years later when her substance use caused her stomach to literally rip open, an incident she details with unflinching frankness and humor in her 2012 memoir Guts: The Endless Follies and Tiny Triumphs of a Giant Disaster. Now eight years sober, she’s gone from a self-described “hot mess” to a vocal advocate for recovery and recovery high schools. Her philosophy on sobriety, she explains in her book, is this: “If pushing a peanut up a hill with your nose keeps you sober, well, then, just push a peanut up a hill with your nose.”

“It’s time for addiction to stand up and demand some respect. Because every time someone is ostracized for being an addict, every time there’s a breathless, trumped-up, sensational headline, every time we giggle at a wasted celebrity, and every time addiction is televised as salacious entertainment, yet another addict is shamed into silence.” New York Times essay, 2013 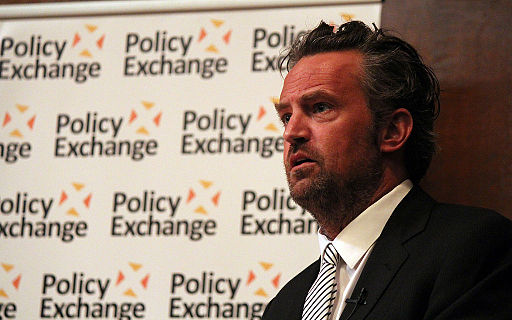 By Policy Exchange [CC BY 2.0], via Wikimedia Commons Perry’s troubles with alcohol and prescription painkillers kicked into high gear during his years as one of TV’s “Friends,” but treatment helped him create a healthy new normal. Today, he’s a fierce champion of treatment for addiction rather than incarceration. Helping those who share his struggles, he told People magazine in 2013, is the “thing I like the most about me.”

“When you’re having a bad day, the best thing you can do is call somebody and ask them how they’re doing, and actually pay attention and listen to the answer to get out of your own head.” Hollywood Reporter interview, 2015 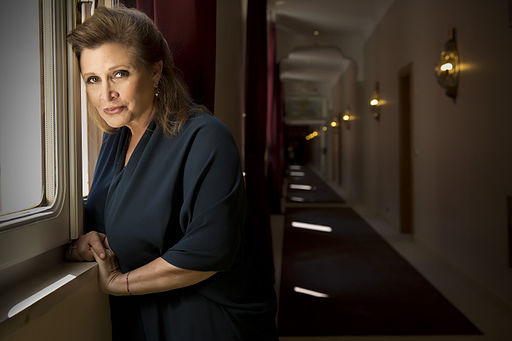 By Riccardo Ghilardi photographer (Own work) [CC BY-SA 3.0 or GFDL], via Wikimedia Commons She’s the legendary Princess Leia, but she’s almost as well known for her openness about her struggles with substance use and mental health issues. She has detailed it all with her trademark blend of brutal truth and humor in books, stage shows and movies.

“Happy is one of the many things I’m likely to be over the course of a day and certainly over the course of a lifetime. But I think if you have the expectation that you’re going to be happy throughout your life — more to the point, if you have a need to be comfortable all the time — well, among other things, you have the makings of a classic drug addict or alcoholic.” “Wishful Drinking,” memoir, 2008

By Majvdl (Own work) [CC BY-SA 3.0 or GFDL], via Wikimedia Commons The guitar legend’s past includes addictions to alcohol, cocaine, prescription drugs, and, at one point, a $16,000-a-week heroin habit. The arrival of his son, Conor, however, gave him the motivation he needed to attempt sobriety once more, and this time — in 1987 — he succeeded. It was a sobriety he maintained even after Conor’s tragic death in a 49-story fall at age 4.

“A woman came up to me after the meeting and said, ‘You’ve just taken away my last excuse to have a drink.’ I asked her what she meant. She said, ‘I’ve always had this little corner of my mind which held the excuse that, if anything were to happen to my kids, then I’d be justified in getting drunk. You’ve shown me that’s not true.’ I was suddenly aware that maybe I had found a way to turn this dreadful tragedy into something positive. I really was in the position to say, ‘Well, if I can go through this and stay sober, then anyone can.’ There was no better way to honor the memory of my son.” “Clapton: The Autobiography,” 2007 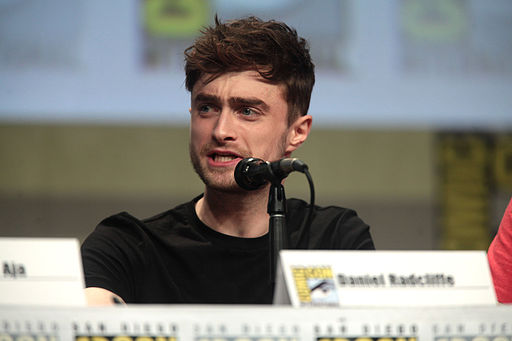 By Gage Skidmore from Peoria, AZ, United States of America (Daniel Radcliffe) [CC BY-SA 2.0], via Wikimedia Commons The “Harry Potter” star has revealed he was sometimes drunk on the set in later episodes of the franchise. It was an addiction that he says developed in response to his very public success and the pressure to maintain it. Today, he’s entering his fifth year of sobriety and has embraced a quieter lifestyle that he says makes him happier and better suits his personality.

“I was living in constant fear of who I’d meet, what I might have said to them, what I might have done with them, so I’d stay in my apartment for days and drink alone. I was a recluse at 20. It was pathetic — it wasn’t me. I’m a fun, polite person and it turned me into a rude bore. For a long time people were saying to me, ‘We think you have a problem,’ but in the end I had to come to the realization myself.” Sky Arts interview, 2014

By D B Young from London (Russell Brand London Revolution Protest) [CC BY 2.0 or CC BY 2.0], via Wikimedia Commons He’s an actor, author, comedian and activist who has never shied away from courting outrage and controversy. His drug and alcohol use has been no less outrageous, leading to a dozen arrests before he committed to recovery. Now 12 years sober, he often acts as a sponsor to other recovering addicts, organizes addiction treatment fundraisers, and shares his first-hand view of substance use disorders.

“Drugs and alcohol are not my problem, reality is my problem, drugs and alcohol are my solution. If this seems odd to you it is because you are not an alcoholic or a drug addict. You are likely one of the 90% of people who can drink and use drugs safely. I have friends who can smoke weed, swill gin, even do crack and then merrily get on with their lives. For me, this is not an option. I will relinquish all else to ride that buzz to oblivion. Even if it began as a timid glass of chardonnay on a ponce’s yacht, it would end with me necking the bottle, swimming to shore and sprinting to Bethnal Green in search of a crack house. I look to drugs and booze to fill up a hole in me; unchecked, the call of the wild is too strong.” The Guardian essay, 2013 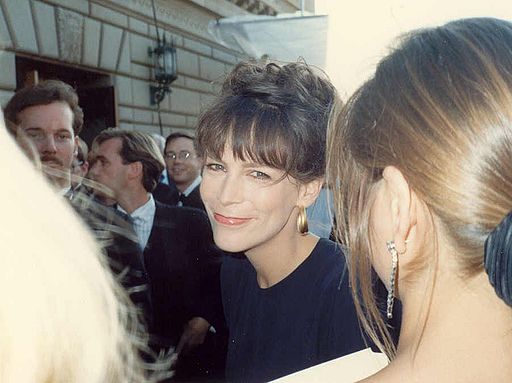 By Alan Light (Jamie Lee Curtis) [CC BY 2.0], via Wikimedia Commons After cosmetic surgery in her 30s, the film star became addicted to painkillers and was soon drinking heavily. “I’d anesthetize myself on a daily basis,” she said in a 2008 interview. Concern about what her substance use was doing to her daughter propelled her to change, and she recently celebrated more than 15 years of sobriety. She’s passionate about sharing her story as a way of diverting others from the same path, and she works with a variety of anti-drug organizations to raise awareness about prevention and treatment efforts.

“The morphine becomes the warm bath from which to escape painful reality. I was a lucky one. I was able to see that the pain had started long ago and far away and that finding the narcotic was merely a matter of time. The pain needed numbing. My recovery from drug addiction is the single greatest accomplishment of my life … but it takes work — hard, painful work — but the help is there, in every town and career, drug/drink freed members of society, from every single walk and talk of life to help and guide.” Huffington Post essay, 2009

By Tomtom80 Thomas Waleczka (Own work) [Public domain], via Wikimedia Commons In the early 1970s, the musical superstar says he was so naïve about drugs that he didn’t even know what a joint was. But his first experience with cocaine was a revelation. Suddenly the shyness that plagued him offstage evaporated, but in its place came addiction and eventual isolation. He credits his decision to change his life’s deadly trajectory to his support of Ryan White, the Indiana teen who in the 1980s contracted AIDS from a blood transfusion and who stood up against the fear and discrimination surrounding what was then a new and deadly epidemic.

“When I knew Ryan, I knew that my life was out of whack. I knew that I had to change. And after he died, I realized that I only had two choices: I was either going to die or I was going to live, and which one did I want to do? And then I said those words, ‘I’ll get help,’ or, ‘I need help. I’ll get help.’ And my life turned around. Ridiculous for a human being to take 16 years to say, ‘I need help.’” NPR interview, 2012 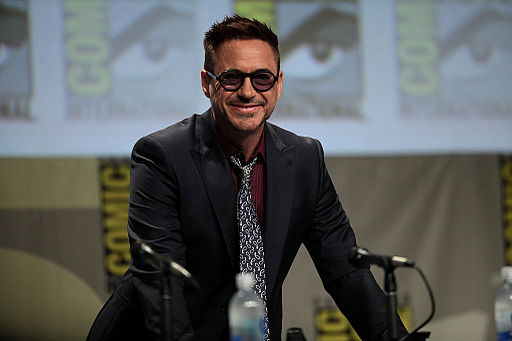 By Gage Skidmore [CC BY-SA 2.0], via Wikimedia Commons His substance use — and the trouble it brought — kept the tabloids in fresh material for years. Today, the actor has 15 years of sobriety under his belt, and the stories being written are ones of career and personal redemption. Still, his success in dealing with addiction has not meant others in his orbit are now inoculated against their own struggles. The arrest of his adult son for felony drug possession led him to note, “Pick a dysfunction and it’s a family problem.”

“You’re confronted with histories and predispositions and influences and feelings and unspoken traumas or needs that weren’t met, and all of a sudden you’re three miles into the woods. Can you help someone get out of those woods? Yes, you can. By not getting lost looking for them.” Vanity Fair interview, 2014 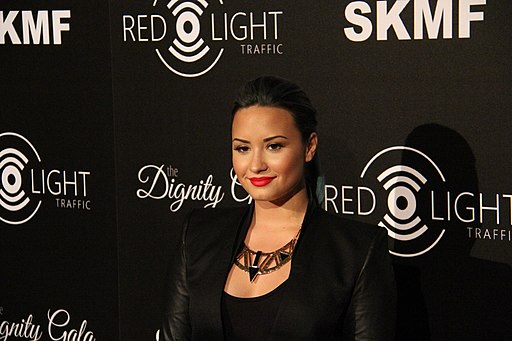 By Neon Tommy [CC BY-SA 2.0], via Wikimedia Commons She went from “Barney and Friends” to pop star, but along the way she dealt with mental health struggles that led her to self-medicate herself into devastating addictions to drugs and alcohol. There was a time, she admitted in an interview, when she couldn’t make it 30 minutes without cocaine and would smuggle it with her on airplanes. With hard-earned sobriety now in place, she’s a vocal spokesperson for mental health and addiction treatment causes.

“I had a Sprite bottle filled with vodka and it was just nine in the morning and I was throwing up in the car and this was just to get on a plane to go back to LA to the sober living house that I was staying at. … I had all the help in the world, but I didn’t want it. When I hit that moment I was like, it’s no longer fun when you’re doing it alone.” Access Hollywood interview, 2013 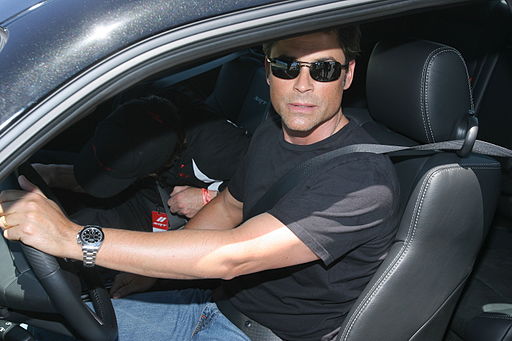 By dodge challenger1 (Rob Lowe in the ChallengerUploaded by mangostar) [CC BY 2.0], via Wikimedia Commons He was a hard-partying Brat Pack bad boy when he became a star in the 1980s. Today he’s a happily married father of two who this year celebrated a quarter century of sobriety. To mark the day, he tweeted: “To those struggling with addiction, there is true, real, hope. Twenty-five years ago today, I found recovery and a life of promise. #Grateful.”