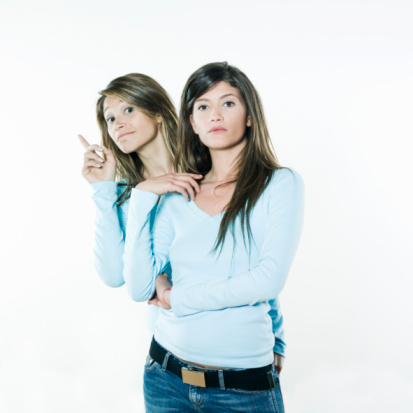 Dissociative identity disorder (DID) is the official name for a severe mental health condition popularly known as multiple personality disorder. People with this condition transition between two or more clearly differentiated personalities and lack the ability to recall the things that occur when another personality takes control. DID is officially defined in the Diagnostic and Statistical Manual of Mental Disorders, a publication produced by the American Psychiatric Association (APA). In the new fifth edition of the manual, released in 2013, the APA makes several important changes to the disorder’s basic criteria.

Dissociative identity disorder is one specific form of a larger group of mental illnesses called dissociative disorders. Conditions in this illness category all feature some sort of dissociation (detachment or separation) from key aspects of the everyday experience of consciousness. In the cases of DID, this dissociation presents itself as an abnormal split in the personality or identity that interacts with a person’s conscious and unconscious mental processes. DID was once known formally as multiple personality disorder; however, the American Psychiatric Association and the mental health community changed the name of the condition to more accurately describe the problems occurring in affected individuals. Some people with dissociative identity disorder have only a single alternate personality or identity (known informally as an “alter”); other people with the disorder may have dozens of identifiable alters. The average affected person has about 10 different personalities, the National Alliance on Mental Health reports. In many cases, the alternate personalities of a person with DID differ from that person’s self-identified personality in remarkable ways. For instance, an alter can do such things as favor a different dominant hand, identify sexually/emotionally with the opposite gender, hold vastly different political or social views, have distinctly different eyesight, have a distinctly different speaking voice or behave in ways diametrically opposed to the normal behaviors of a self-identified personality. The primary underlying cause of dissociative identity disorder is probably childhood exposure to some sort of long-lasting, extreme trauma. Contributing factors to the disorder’s onset likely include lack of the mental/emotional resources needed to counteract severe trauma, development of specific coping strategies in the face of ongoing trauma, and an innate ability to separate or detach certain mental functions that normally work in a cooperative, coordinated manner.

Previous Definition of DID

However many alters a given individual develops, the criteria established in the now obsolete fourth edition of the Diagnostic and Statistical Manual (commonly abbreviated as DSM IV) state that at least two distinct personalities must take over that individual’s actions on a recurring basis. The DSM IV criteria also state that a person with DID must experience gaps in his or her memory that correspond with the period of time an alter has control; these gaps must be too substantial to explain away as ordinary memory lapses. In addition, in order to qualify as dissociative identity disorder, an individual’s dissociative mental states must not have a better underlying explanation such as epileptic seizures, substance-related intoxication or memory loss, or the natural byproducts of imaginative play in children.

New Definition of DID

The criteria for dissociative identity disorder listed in DSM IV do not mention the circumstances under which the presence of alternate personalities in an affected individual must be identified. The new criteria listed in the fifth edition of the Diagnostic and Statistical Manual (DSM 5) change this situation and specifically state that the symptoms of the disorder may be detected by an outside party or by the person experiencing those symptoms. The new DSM 5 definition also includes a number of other potential symptoms that may appear in a person with DID, including changes in the normal function of the nervous system and the presence of personality alterations that mimic some sort of mental or emotional “possession.” The DSM IV definition of dissociative identity disorder does not stipulate that an affected individual must experience a personality change in specific circumstances; however, in everyday practice, doctors tended to associate individual episodes of personality alteration with some form of significant trauma in a person’s life. The new definition in DSM 5 changes this situation by explicitly giving mental health professionals the ability to diagnose episodes of DID in association with commonplace daily events, as well as in association with unusually traumatic events.